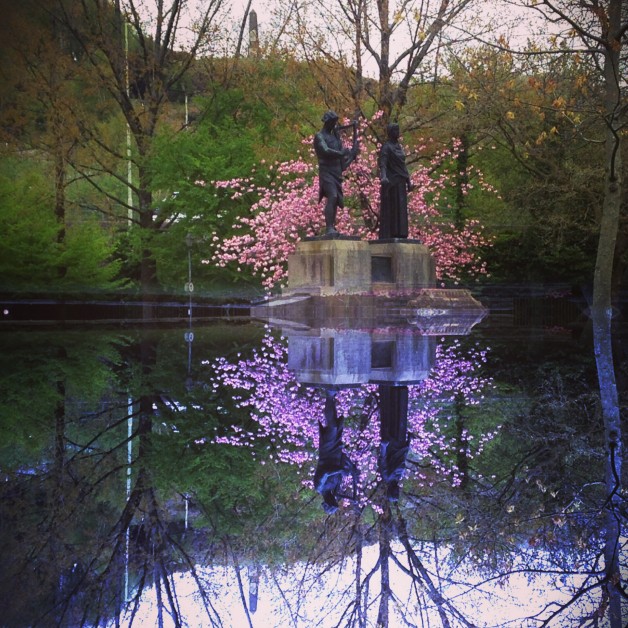 Two double-blind, vehicle-controlled studies demonstrated  improvement of psoriasis with the use of topical capsaicin. In an intra-individual, 6-week comparative trial of 44 patients with psoriasis using four applications daily, significant overall improvement with reduction in scale and erythema accompanied the capsaicin-treated sites (Bernstein, Parish, Rapaport, Rosenbaum, & Roenigk, 1986). In a study of 197 psoriatic patients treated with capsaicin 0.025% cream (98) or vehicle (99) four times daily, Ellis and colleagues (1993) found greater improvement in global evaluation (p=0.024 after 4 weeks and p=0.030 after 6 weeks), pruritus relief (p=0.002 and p=0.060, respectively), and reduction in combined severity scores after 4 and 6 weeks of treatment (p=0.030 and p=0.036, respectively). In both studies, concomitant use of other anti psoriatic agents was not permitted. Transient burning and stinging at the application sites were noted in approximately 50% of the active groups in both trials, which may have affected blinding of the trial.

It is important to note that while effective topically, internal ingestion can lead to adverse hematological, gastrointestinal, and respiratory ef fects, in addition to interference with drugs such as salicylic acid, ACE inhibitors, and theophylline (Ellis et al., 1993; Fugh-Berman, 2000).

2, Aloe (Aloe Vera). Aloe vera is a popular plant used in cosmetic care and first aid products. A special kind of Aloe is also a component in Uniera’s gound breaking supplement Xtra. Scientific studies and case reports support its use in the treatment of stasis ulcers in humans, as well as thermal injuries in animals (Klein & Penneys, 1988). Aloe has a complex mixture of components, including anthroquinones, steroids, saponins, mucopolysaccharides, and salicylic acid, and cane be seen as one of the psoriasis herbal remedies available today.

Syed and colleagues (1996) conducted a double-blind, placebo-controlled study on 60 patients with psoriasis with slight-to-moderate plaque-type psoriasis (Psoriasis Area and Severity Index 4.8-16.7) and an average 8.5 year duration of their disease. Patients self-administered topical aloe vera extract 0.5% cream or vehicle placebo three times a day without occlusion for 4 weeks to their psoriatic plaques. Notably, the aloe group showed significantly higher rates of clearing the psoriatic plaques in 25/30 patients (83.3%) when compared to the placebo in 2/30 patients (6.6%) (p<0.001). Additionally, there were no relapses during the 8-month followup period.

Psoriasis is a complex multifactorial inflammatory skin disease in which T-cell activation, local vascular changes, abnormal keratinocyte proliferation and differentiation, and neutrophil activation all contribute to the ongoing disease process. The role of superantigen triggers (for example, toxins of microbial origin) in T-cell activation has been suggested as an etiology in psoriasis (Safayhi, Sabieraj, Sailer, & Ammon, 1994). Anthraquinone and acemannan, the main active compounds in aloe vera, have antibacterial activity against Staphylococcus and Strepto coccus species, and may provide a rationale for their therapeutic efficacy in psoriasis (Tian, Hua, Ma, & Wang, 2003). In addition, salicylic acid, a component of aloe vera, is a keratolytic, and would contribute to its reported efficacy in the desquamation of psoriatic plaques (Robson, Heggers, & Hagstrom, 1982). De layed hypersensitivity reactions are a reported complication of topical use (Gruenwald, 2004).

3. Dong Quay (Angelica sinensis). The Chinese herbal medicine extracts of Radix Angelicae pubescentis and dahuricae contain potent furocoumarin (psoralen) components. Psoralens are potent photosensitizers in the presence of UVA. Exposure to UVA, following psoralen ingestion, causes epidermal DNA cross-linking, and thus a decrease in the rate of epidermal DNA synthesis. By consuming dong quay and then receiving ultraviolet light therapy or natural sunlight, patients are self-administering a form of psoralen-UVA (PUVA) therapy. In a study of 92 patients with psoriasis, two-thirds experienced complete clearing of their disease after oral treatment with R.A. pubescentis (Koo & Arain, 1998).. Efficacy and side effect data, however, are not available for this herb.

4. Milk thistle (Silybum marianum). The medicinal utility of milk thistle flower seeds dates back to Pliny the Elder, a Roman naturalist, who described its use in treating liver disease. A hepatoprotective effect is imparted through the flavonoid active ingredient, silymarin. Sily marin alters hepatocyte cell membranes, thereby blocking the toxin-binding sites. Additionally, glutathione, which aids in the detoxification function of the liver, is increased by silymarin. Double-blind, placebo-controlled clinical trials evaluating the efficacy of silymarin on liver function, however, have shown conflicting results. In a study of patients with liver cirrhosis, no difference in survival was found with silymarin compared to placebo (Pares et al., 1998). Another study showed no improvement in cirrhotic liver function after 2 years of treatment; however, benefit was noted in portal hypertension (Ferenci et al., 1989). On the other hand, a significant decrease in liver enzymes was seen with 1 month of silymarin treatment in a group of patients with alcohol-induced liver disease (Salmi & Sarna, 1982). An insignificant decrease in total and conjugated bilirubin was found in the same study.

Numerous changes have been detected in the liver of patients with psoriasis, including steatosis, periportal inflammation, fibrosis, necrosis, and cirrhosis (Pietrzak, Lecewicz-Torun, & Kadziela-Wypyska, 1998). A multifactorial etiology of liver disease in patients with psoriasis has been discussed and includes changes due to alcohol use, nutritional factors, anti-psoriatic medications, and a direct effect of the psoriasis itself. A single case report of clearance of psoriatic arthritis following a portal shunt procedure for primary biliary cirrhosis supports a link (D’Amico, Palazzi, & Capani, 1999). The value of silymarin in the treatment of psoriasis may be due to its ability to improve endotoxin removal by the liver, inhibit cAMP phosphodiesterase, and inhibit leukotriene synthesis. Abnormally high levels of cAMP and leukotrienes have been observed in patients with psoriasis and normalization of these levels may improve the condition (Thorne Research, Inc., 1999).

While not proven to directly benefit psoriasis, milk thistle may be of therapeutic value as a hepatoprotective adjunct therapy in patients on hepatotoxic medications. Diarrhea, uterine stimulation, and herb-drug interactions with butyrophenones, phenothiazines, yohimbine, and phentolamine have been reported.

5. Chamomile (Matricaria recutita). As part of the Km formula, chamomile flowers have a long therapeutic tradition in treating gastrointestinal ailments. The rationale for its use in psoriasis is three-fold. First, chamazulene, a by-product of the non-volatile oil extract, matricin, has anti-inflammatory activity through the inhibition of lipoxygenase and, as a result, leukotriene B4 (LTB4) formation. There is evidence supporting the role of increased LTB4 formation in psoriatic plaques; therefore, inhibition results in disease improvement (Aggag & Yousef, 1972). Sec ond, chamomile oil has antimicrobial activity against skin pathogens, Staphylococcus and Candida (Leung, Walsh, Giorno, & Norris, 1993). Lastly, the flavonoids, quercetin and apigenin, are also active compounds of the flower. Quercetin, a potent inhibitor of lipoxygenase, and to a lesser degree, cyclooxygenase, is readily absorbed through the skin (Brown & Dattner, 1998; Kim, Mani, Iversen, & Ziboh, 1998). As of yet, there are no clinical trials assessing the efficacy and adverse side effect profiles of chamomile reported in the treatment of psoriasis. Contact dermatitis (delayed type hypersensitivity) and systematized allergic re sponse, however, have been reported (Gruenwald, 2004; Paulsen, 2002).

7. Wintergreen/Boxberry (Gaultheria pro cumbens). Wintergreen is a plant native to the Eastern United States, and historically was used by Native Americans as an analgesic. The methyl salicylate constituent is responsible for its anti-inflammatory properties. Although used topically for psoriasis, wintergreen can cause systemic effects. Brubacher and Hoffman (1996) reviewed 20 cases of systemic salicylate toxicity (tinnitus, vomiting, tachypnea, and acid-base disturbances) from using topical creams (Bell & Duggin, 2002). Pa tients at greatest risk are those using aspirin or a prescribed salicylic acid compound in conjunction with a salicylate herbal (for example, wintergreen, aloe vera, or red clover). Additionally, oil of wintergreen can increase prothrombin time and international normalized ratio of clotting, creating problems for pa tients on warfarin (Chan, 1996). There are no investigations on its effectiveness in psoriasis.

8. Slippery elm (Ulmus rubra). Slip pery elm, named so for its mucilage (slippery) component, is derived from the inner bark of the elm. Historically, Native Americans used this extract as a poultice for boils and wounds. In addition to being used to ward off colds and fevers, it is currently marketed as a treatment for irritable bowel syndrome, reflux, and cystitis (Day, 2003).

Brown and colleagues (2004) evaluated a study group of five patients with chronic plaque-type psoriasis on a home-based 6-month medical nutritional therapeutic regimen. The group consisted of two men and three women, average age 52 years, who had completed a 10-day, live-in instructional program on the parameters of the dietary protocol to ensue. The diet included fresh fruits and vegetables, small amounts of protein from fish and fowl, fiber supplements, olive oil, daily saffron tea, and slippery elm bark water, and avoidance of red meat, processed foods, and refined carbohydrates. Physicians assessed psoriasis symptoms and bowel permeability over the 6-month period and reported an improvement in all studied parameters. Psoriasis Area and Severity Index averaged pre and post-test scores of 18.2 and 8.7, respectively. Psoriasis Severity Scale averaged pre and post-test scores of 14.6 and 5.4, respectively. The lactulose/mannitol test of intestinal permeability averaged pre and post-test scores of 0.066 to 0.026, respectively (Brown et al., 2004). Although they did report significant improvement in the study group on comprehensive medical nutritional therapy, the improvement could not be attributed to any one factor, and further studies were recommended.

9. Evening primrose (Oenothera biennis). Evening primrose oil has been used for a wide variety of ailments from cancer to premenstrual syndrome. Historically, it was used by midwives to ripen the cervix; however, it is contraindicated in pregnancy due to the association with prolonged rupture of membranes and arrest of descent (Dove & Johnson 1999). Evening primrose can lower the seizure threshold of patients taking phenothiazine and avoidance is advised in epileptics (Holman & Bell, 1983). In psoriasis, clinical trials have found no clinical efficacy relevance (Oliwiecki & Burton, 1994; Veale et al., 1994).

10. Turmeric/Indian saffron (Curcuma longa, Curcuma domestica). Turmeric has a long history of being used for infections and kidney stones. The use in psoriasis is a relatively new adjunct. The anti-inflammatory components are thought to be contained in the curcuminoids and volatile oils which function through selective inhibition of phosphorylase kinase (PhK) (Heng, Song, Harker, & Heng, 2000; Joe & Lokesh, 1997). PhK is an enzyme found in the epidermis. Significantly higher levels have been noted to correlate with clinical activity of psoriasis.

Heng and colleagues (2000) examined the suppression of PhK activity by curcumin in patients with psoriasis. Four groups, each with 10 patients, were evaluated for PhK activity. The four groups included (a) active untreated psoriasis, (b) resolving psoriasis treated by calcipotriol, (c) curcumin (diferuloylmethane) group, and (d) ten normal non-psoriatic subjects. There were significant differences in PhK activity among the four groups (p< 0.0001). The de creased PhK activity in the curcumin and calcipotriol-treated groups corresponded to severity of parakeratosis, decreases in keratinocyte transferrin receptor expression, and density of epidermal CD8+ T cells (Heng et al., 2000). The study did not report any adverse effects, al though contact dermatitis is a reported adverse effect (Goh & Ng, 1987; Hata et al., 1997).