Rapid tests ‘would cut antibiotic use

The Review on Antimicrobial Resistance calls for tests to indentify viral and bacterial infections.

Only bacterial infections respond to antibiotics.

The review team said such tests could end “just in case” prescribing which sees a huge proportion of antibiotics used needlessly.

The review was set up last year by the Prime Minister David Cameron, who warned the world risked being plunged back into the Dark Ages of medicine by the overuse of antibiotics.

Current diagnostic tests take at least 36 hours to culture bacteria, confirm the infection and the drugs to which it is susceptible.

The review team says doctors’ surgeries are under pressure to treat patients much faster, which leads to “enormous unnecessary antibiotic use”.

End of the line

In many cases patients are given powerful antibiotics that should be kept in reserve.

The report says the world’s “last line” treatment for gonorrhoea is given on a precautionary basis to almost all patients in the UK, even though 80% of cases would respond to penicillin and more than 70% of cases to ciprofloxacin – both easy to take drugs with few side effects.

As a result, cases of drug-resistant gonorrhoea are increasing – presenting the “very real risk that untreatable cases will emerge”

The report says many drug companies have no commercial interest in producing such tests, which would limit the number of antibiotics prescribed and so reduce their profits.

They say this fund should also support the development of rapid diagnostics.

Subsidies would ensure new tests were affordable to the health service while financial incentives could be given to companies in order to reflect the immense “public good” that would result from better stewardship of precious antibiotics. 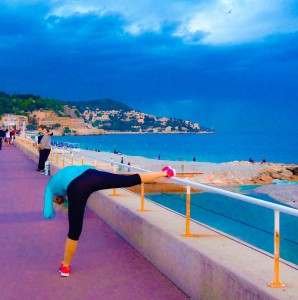 Lord Jim O’Neill, chairman of the review, said: “For far too long we haven’t recognised the huge cost to society of increasing resistance when we use antibiotics that we don’t need.

“To avoid the tragedy of 10 million people dying every year by 2050, the world needs rapid diagnostics to improve our use of antibiotics.

“They are essential to get patients the right treatment, cut down on the huge amount of unnecessary use and make our drugs last for longer.”

The report says there are already some rapid diagnostic tests available that can reduce levels of antibiotic prescribing.

For example, C-reactive protein (CRP) blood tests can give an indication as to whether an infection is likely to be bacterial.

It says although such tests are not perfect – they have been widely used for years in the Netherlands and Scandinavia, which have among the lowest rates of antibiotic prescribing in Europe.

“We need co-ordinated international action to help spur innovation and improve antibiotic use before it is too late.”