A lung cancer therapy can more than double life expectancy

in some patients, a “milestone” trial shows.

Nivolumab stops cancerous cells hiding from the body’s own defences, leaving the cancer vulnerable to attack.

The results from 582 people, presented at the American Society of Clinical Oncology, were described as “giving real hope to patients”.

It is hard to treat as it is often diagnosed late and many people with smoking-related diseases are unsuitable for surgery.

Your immune system is trained to fight infection, but it also attacks parts of the body if they malfunction – such as in cancers.

However, tumours have a few tricks up their sleeve in order to survive.

They can produce a protein called PD-L1 which switches off any part of the immune system that tries to attack them.

Nivolumab is one of a suite of drugs called “checkpoint inhibitors” being developed by pharmaceutical companies.

They stop cancers turning off the immune system so the body can keep on attacking the tumour.

The trial, conducted in Europe and the US, was on patients who had advanced lung cancer and who had already tried other treatments.

People on standard therapy lived for another 9.4 months at this stage, but those taking Nivolumab lived for 12.2 months on average.

However, some patients did spectacularly well. Those whose tumours were producing high levels of PD-L1 lived for another 19.4 months.

The data was presented by the pharmaceutical company Bristol-Myers Squibb.

“Nivolumab is the first PD-1 inhibitor to show a significant improvement in overall survival in a phase III trial in non-squamous non-small cell lung cancer.”

Many other companies are assessing similar drugs.

Dr Martin Forster, from the University College London Cancer Institute, is trialling some of them.

He told the BBC News website: “It’s really exciting, I think these drugs will be a paradigm shift in how we treat lung cancer.”

He said that after chemotherapy failed, current survival rates were “dire”.

“But in those that respond [to immunotherapy] there seems to be very prolonged disease control, I think it’s a huge shift in lung cancer and for patients it’s going to be dramatic,” he said. 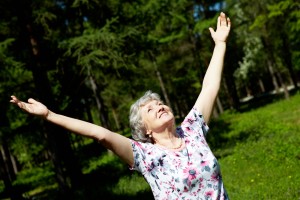